One Movie Settled the “Debate” About Climate Change 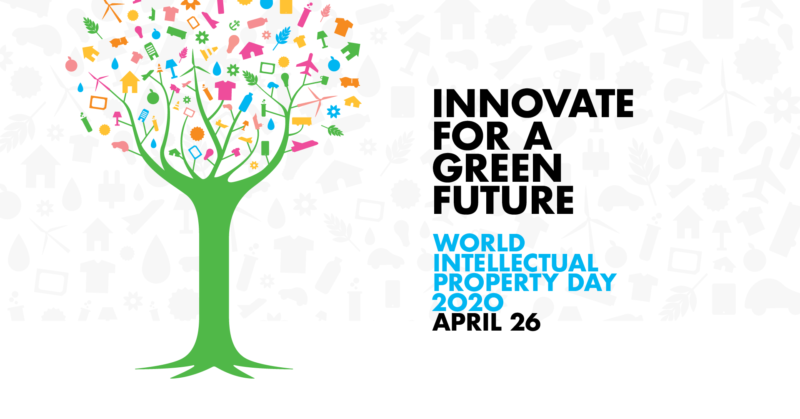 When I saw the theme of this year’s World IP Day, Innovate for a Green Future, I will admit that it was hard not to be cynical. In light of the reinvigorated political assault on science—let alone to be thinking about climate change in the middle of a pandemic—it is tempting to believe that the debate about global warming still rages—or has even been lost. But that’s not quite true. The debate was settled a very long time ago. Or to be more precise, there is no such thing as a debate about scientific evidence, there is only understanding, misunderstanding, willful ignorance, or malignant deception.

While it is stultifying to see that a truly vindictive brand of ignorance and deception are the cornerstones of the present administration, there remains one avenue of hope for at least mitigating—because it is almost certainly too late to reverse—the effects of global warming. Oddly enough, that avenue of hope has more to do with market dynamics than environmentalism per se, and I would assert that it was a single documentary film that opened the window to a market-based transformation, which, even now, represents a path forward. I am of course talking about An Inconvenient Truth.

An unlikely movie pitch, the centerpiece of the documentary is former Vice President Al Gore presenting his climate change “slide show,” which he had developed over several years after he was first introduced to the science in college in 1966. Not long after conceding the painfully-contested presidential election in late 2000, Gore devoted himself fully to the climate issue, taking his laptop and talking points on the road, offering free admission to anyone willing to listen to him discuss the fate of the planet.

“The slides were originally black and white,” says the film’s co-producer Lawrence Bender, whom I interviewed for this article. “They weren’t visually appealing, but they were almost scarier, like something you’d see in a science lab, when we first saw Al’s presentation in Los Angeles.” Bender and others who would eventually join the production team were invited by producer Laurie David (now Lennard), who had arranged for Gore to come to L.A. after she found herself captivated by his lecture in New York in May 2004.

“Gore’s show left us with a sense of urgency about the issue,” says Bender. “We knew we had to make what we had seen into a movie, but it was not easy to convince many people in the business that it was a movie. Try telling someone you’ve got former VP Al Gore, who lost the election, doing a slide show about science, and that you need a million dollars.” Enter Jeff Skoll, who founded Participant Media in 2004 with the fortune he had made as eBay’s first employee and first president. “Jeff financed the whole production without blinking an eye,” Bender tells me.

Less than a year after that initial presentation in Los Angeles, An Inconvenient Truth was ready for the screen. It became an international blockbuster (for a doc), earning two Academy awards, one for Best Documentary Feature, the other for Best Song, “I Need to Wake Up” by Melissa Etheridge. And for any cynics, who may be tempted to criticize the movie as a vanity project—Hollywood glamor with little substantive effect—I would direct your attention back to the 1990s and early 2000s.

Waking Up Tens of Millions

When the Kyoto Protocol was ratified in 1997, calling for a modest 5% reduction in greenhouse gasses by developed nations, global warming was not an especially bright blip on the public radar screen. General perception, such as it was, loosely divided along the left/right political lines that are usually drawn through environmental issues; but overall, the average citizen (and quite a few politicians in both parties) could be described as somewhere between ambivalent and unsure about the alleged causes or effects of a warming climate.*

It probably did not help that this was the same period when we all first logged onto the internet, which would prove to be a wonderful tool for obtaining information and disinformation at the same time. And to be sure, the extractive industries, and other vested interests bound to fossil fuels, were eager to provide erudite sounding counter-narratives to the mountain of evidence proving that human activity was in fact changing the climate in dangerous ways. Then, on January 24, 2006, An Inconvenient Truth debuted at the Sundance Film Festival.

Directed by Davis Gugenheim, the film’s most effective quality, in my view, was that it reintroduced the purportedly “wooden” politician Al Gore as a relatable, flesh-and blood human being, whose humor and humility rescues the didactic lecture from becoming either dry or a ninety-minute scold. Upgrading Gore’s visual aids to high-resolution slides using Apple Keynote certainly provided enough color and scope to fill the big screen, but the critical element was Gore’s humanity.

“Davis was adamant that the film had to work emotionally,” says Bender. “It’s a deceptively simple movie, but we spent a lot of energy in post-production trying to find the right balance between this man’s personal journey and the science.” By interweaving Gore’s presentation with glimpses into his life story—anecdotes in which he admits his own frailties and errors—the overall result of the film was that it turned carbon dioxide into a kitchen-table issue. And that was the significance of An Inconvenient Truth.

Seemingly overnight, as a direct result of the movie’s success, concepts like “carbon footprint” entered mainstream conversation and classroom curricula across the U.S. and abroad. While the opposition was by no means silenced, the film awakened enough public consciousness that multiple business segments suddenly needed to respond to a new consumer demand to “go green.”

To be sure, not all business initiatives were substantive, but by and large, the mandate to promote green led to tangible and lasting changes in corporate culture and governance. Sustainability went from a crunchy, esoteric notion to a board-room best practice, and this, in turn, spawned new investment in the development of alternative and more efficient energy solutions. “Practically every Fortune 500 company has a sustainability officer or sustainability program today, and that was not true fifteen years ago,” says my longtime friend Jeff Turrentine, a writer and editor for On Earth, the publication of the Natural Resources Defense Council.

An Inconvenient Truth was not the first conversation about the economics of sustainability, and Gore was hardly alone in asserting that carbon reduction, aside from being existentially mandatory, is compatible with economic growth. Many environmental experts, technology innovators, and political leaders (even bipartisan ones) had a solid grasp on the two uncontroversial facts about carbon mitigation: 1) that burning less fuel saves money and is, therefore, profitable; and 2) that green innovation represented a whole new sector of untapped economic opportunity.

That conversation was already taking place in various pockets in the both the public and private sectors for at least a decade or more before An Inconvenient Truth was released. But the film gets credit for igniting those latent sensibilities in the minds of the general public and for spawning the aforementioned consumer demand for change. The movie was catalytic in fostering market conditions in which multiple industries and municipalities discovered what many environmentalists had tried to explain for years—that working to reduce greenhouse gas emissions happens to be good for business.

So, while the Trump administration has arrogantly stumbled backwards on environmental policy—evangelizing climate science denialism out of sheer spite—the green investments made by both the private and public sectors over the last decade and a half are unlikely to be reversed—especially when those investments are yielding positive returns. It is still not enough, but it is most likely where the best hope still remains. And perhaps there is no better example of this paradigm than the city of Georgetown, Texas, featured in An Inconvenient Sequel: Truth to Power (2016).

Mayor Dale Ross proudly tells Gore, on camera, that his city is powered by 90% renewable energy (at the time of filming), despite being “the reddest city in the reddest county in Texas.” Why? Because, to paraphrase Ross, it saves his constituents money, and because you don’t need to be a scientist to understand that less pollution in the air is a good thing. This is why I will argue that An Inconvenient Truth went beyond merely “raising awareness.” It directly created a public mandate that led to the kind of common sense approach taken by Ross, who reminds us that there is nothing “conservative” about waste or higher prices.

The countless market effects that can be attributed to a single film—in which the information was neither new nor hard to grasp—remind us that creative expression is essential. In a time when IP deniers argue that copyright functions solely as a barrier to information, the story of An Inconvenient Truth belies the naïve, tech-utopian assumption that access to information alone is sufficient—least of all when utter nonsense gallops across digital platforms like a fifth horse of the apocalypse. Facts alone do not speak meaningfully to people. Invariably, it takes creativity to inspire us, even when it comes to saving our own lives.

*It must be acknowledged that the climate issue had Republican champions in those days, and there is an extent to which Gore, as the most prominent messenger, became a more attractive political target after the 2008 election, when the GOP became more dependent on the fossil fuel industries.

This story post first appeared on David Newhoff’s site The Illusion Of More. You can read the original story here.