Covid 19 coronavirus: Cinemas unlikely to reopen in level 2 because there are no new movies to screen

Some cinemas won’t be reopening in level 2 – despite being allowed – as there won’t be enough blockbusters around to make it worth their while.

New Zealand’s cinema sector is begging for an extension of the wage subsidy scheme, with one cinema saying it faces six months with near-zero income even once the lockdown lifts.

New Zealand is set to move to level 3 on Monday, April 27. All going well, after two weeks the alert level will then be downgraded to level 2.

At that point gatherings of up to 100 people will be allowed indoors as long as public health measures – like social distancing and hygiene requirements – are followed, and entertainment facilities including cinemas can reopen.

But Kirsty Bourke, manager of Hawera Cinemas in Taranaki, told Newstalk ZB’s Mike Hosking this morning the cinema wouldn’t reopen even in level 2 “simply because there are no movies to screen”.

Blockbuster movies – known as “tentpole” movies in the industry – have been delayed till the end of the year or beyond, Bourke said.

Among them, the latest James Bond movie No Time to Die – which was due to be released on April 3 – has been moved to November, while Marvel movie Black Widow has been moved from May 1 to November 6. Disney’s release of its live-action remake of Mulan has been delayed, while Universal Pictures has moved back the release of the ninth “Fast and Furious” film, F9, by a year.

Bourke said other movies had gone straight to video on demand, missing the big screen altogether.

While foreign and arthouse films were still being released, “the reality is we need those tentpole movies to be viable”.

Asked if she thought people would shy away from going to the movies out of fear of the virus, Bourke said no, based on the Facebook sentiment she was seeing.

“People are hanging out to get back to their normal social lifestyle. While I think they will expect businesses to do the right thing like having social distancing in place, they can’t wait to go to their normal outings.” 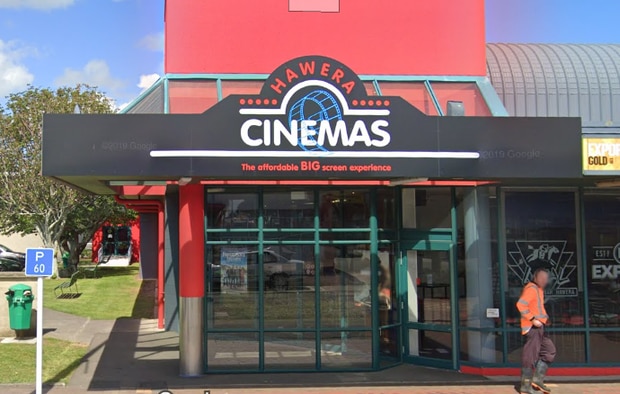 Hawera Cinemas needs help from the Government to survive as it won’t be able to reopen until the movie industry gets moving again, its manager says.

Bourke said Hawera Cinemas, like others in the sector, needed more help from the Government.

“Most businesses can survive for 2-3 months without any income. Cinemas are facing six months with basically almost zero income, [and when] we look nine months out the income is looking very miniscule.

“We would like to have an extension of the wage subsidy till at least the film supply chain is back to normal.”

The cinema exhibitors’ association was in contact with the Government and members were being encouraged to contact their local MPs, she said.

Cinemas across New Zealand have claimed the wage subsidy, including big employers like Hoyts ($1.6 million for 316 employees) and Event Cinemas ($2.8m for 499 employees). The Hawera Cinema 2 Trust has claimed $59,000 to pay 12 employees.

The Covid-19 pandemic has decimated the film industry in New Zealand and overseas. Amazon’s Lord of the Rings production in west Auckland was shut down mid-March – well before the lockdown – and other productions in New Zealand swiftly followed, including James Cameron’s Avatar.

During the level 4 lockdown only filming for essential services – such as news production – is allowed.

Statistics New Zealand said the screen sector – including film and TV – generated $3.4 billion in revenues in 2018, providing 29,700 jobs to 16,200 people. Some 97 per cent of the sector in New Zealand is reported to be out of work during the lockdown.