Slice of heaven: Arcadia Station, where LOTR was filmed, has been sold to a Kiwi

Multimillion-dollar Arcadia Station, 30 minutes from Glenorchy at the top of Lake Wakatipu, has been sold with an unusual verbal caveat – much beloved old farm dog Bo can stay as long as he wants.

And that personal touch is not surprising. Leaving the property will be a wrench for owner Jim Veint, who is now in his 80s. His land, surely one of the most scenic landscapes in the country, has been in his family for nearly 70 years, and has featured in numerous blockbuster movies, including the Lord of the Rings series and Wolverine. Sir Ian McKellen (Gandalf) described it as his favourite place on Earth.

Listing agent Bas Smith of Ray White Queenstown says the 257ha sheep and beef station has been sold to a Kiwi businessman-farmer “who loves it and wants to protect it as the icon it is”. 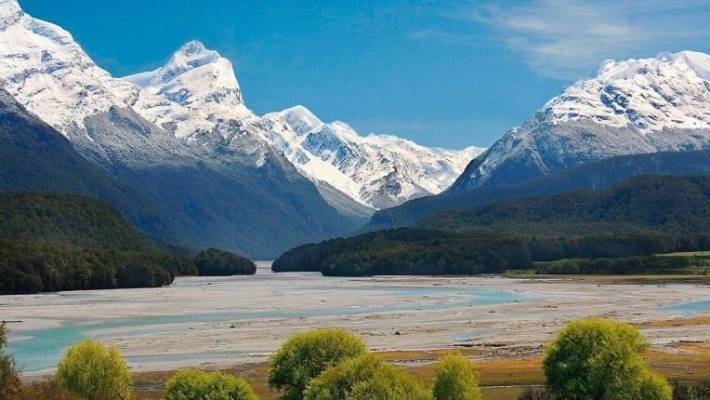 Arcadia Station at the top of Lake Wakatipu, a key film location for numerous movies, including Lord of the Rings, has been sold to a New Zealander for a price in the vicinity of $15 million.

The owner was looking for offers between $15 million and $20 million, and Smith says the lower end of the price bracket was considered for a “clean, New Zealand-based offer”, while the upper end was for a “foreign buyer who was prepared to go through the risk of an OIO (Overseas Investment Office) application which would have required a lengthy conditional period”.

“We achieved very close to $15 million.” 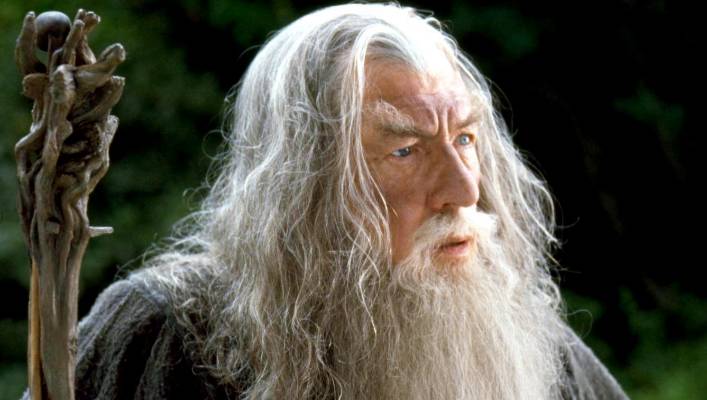 Sir Ian McKellen, seen here as Gandalf in the Lord of The Rings, described Arcadia as his ‘favourite place on Earth’.

Smith says selling the property has been his key focus for the past six months: “We ran a three-month process of POA leading into and through Christmas. This was more about me having control of the property and spending time with Jim on the farm, helping out, making cups of tea and referencing how we would handle an offer when it came in.”

Smith says this time was also about giving Jim time to get his head around the fact that he was finally selling and would no longer be owning the property.

“After a very busy Christmas and January we set a date for all offers on February 19. I had some incredible people across the property over the course of the campaign, from all over the globe.”

“The reality of the foreign buyer ban in New Zealand is that a well-structured application to purchase something like Arcadia would certainly be considered and possibly approved by the OIO. And I had several very strong foreign parties who invested significant time and energy into researching the purchase. 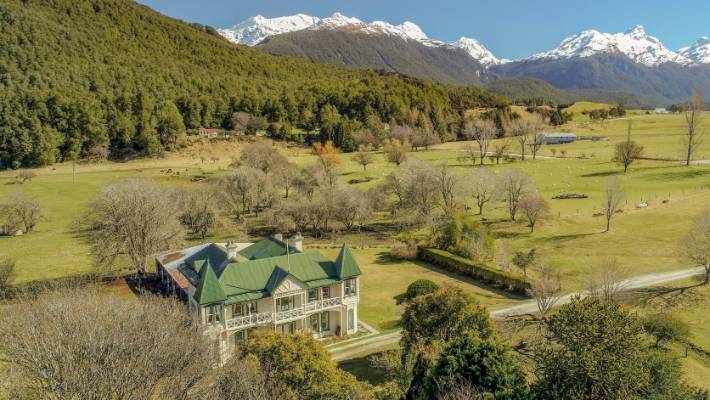 The historic 11-bedroom homestead will be restored by the new owner, who will also continue to host TV and movie productions.

“In reality this allowed me to keep the pressure on the strong New Zealand buyers who had the trump card of being able to be unconditional on closing.”

Smith says he was expecting (had been promised) seven offers on closing, however however “three significant New Zealand tourism players pulled out on the week leading in due to Covid-19 concerns”.

“I presented four offers and after 48 hours of negotiation we got an unconditional deal done at a very strong price and banked the deposit for Jim on the day New Zealand went into lockdown.”

The exact price and name of the purchaser will be revealed post settlement, which does not happen till later this year. 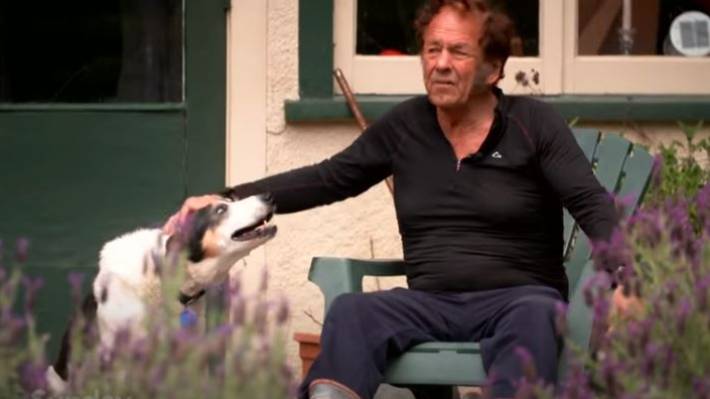 Bo and Jim Veint were filmed by TVNZ for Sunday.

And there’s more good news: The new owner has plans to restore the historic 11-bedroom homestead on the property, which has a 1.4km lake frontage and is surrounded by towering, snow-capped mountains. He also plans to allow further TV and movie productions. And of course, he will give Bo security of tenure forever. 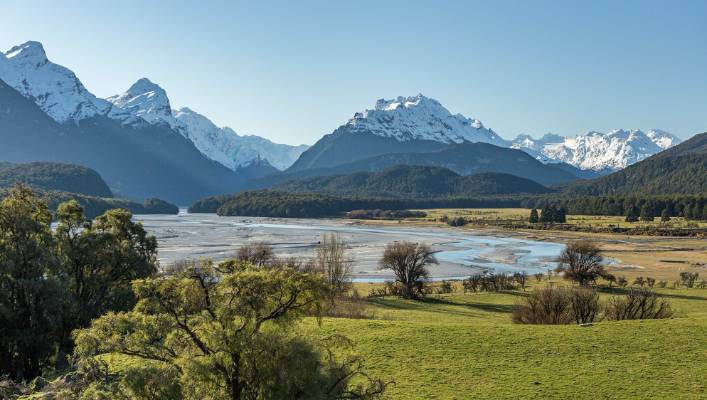 The 257ha sheep and beef station, which has 1.4km of lakefront, has been in the Veint family for nearly 70 years. 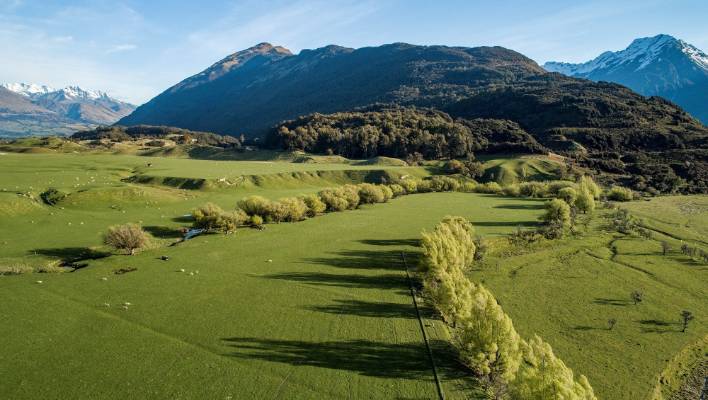 Picturesque through all seasons, the valleys and mountains make an ideal movie location. 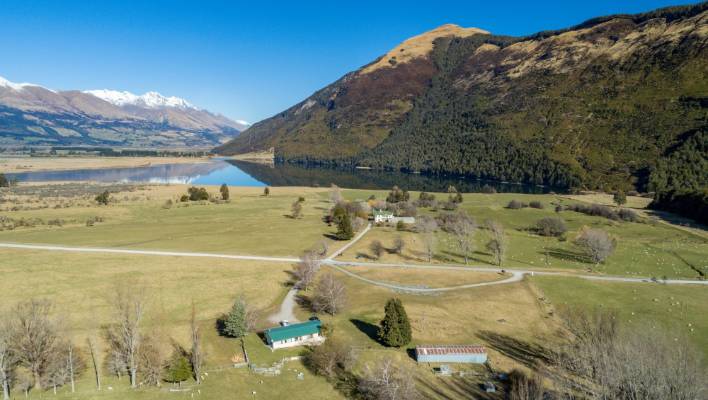 The new owner has agreed to let 14-year-old dog Bo stay on the property for ‘as long as he wants’. 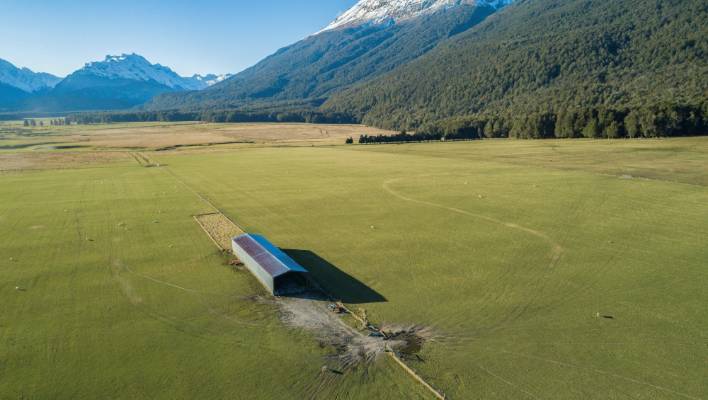 The property comes with a barn, plus a four-bedroom shpherd’s cottage. 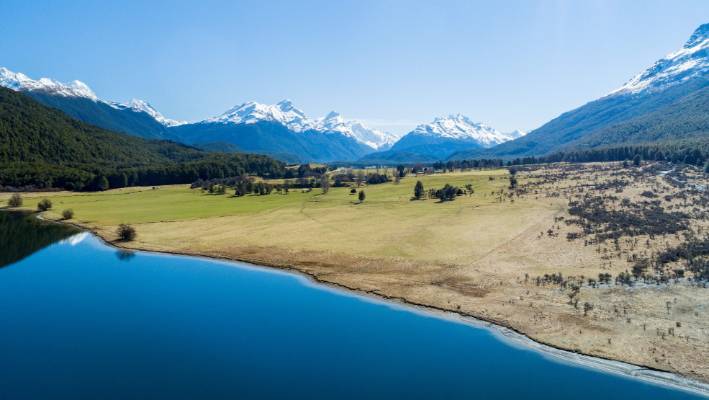 After a six-month marketing campaign, four offers were presented, down from the original seven expected.