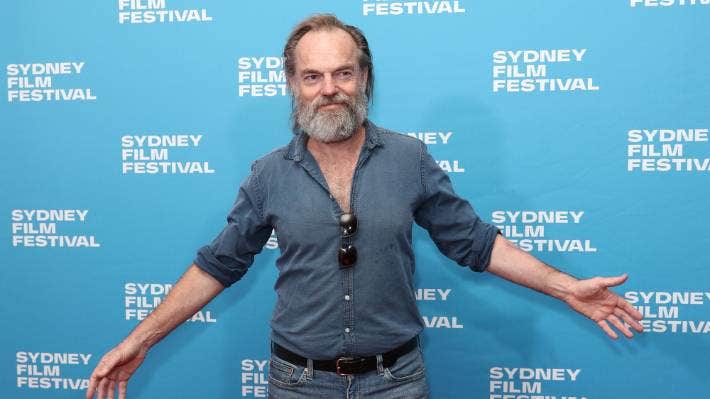 A film starring Matrix and Lord of the Rings actor Hugo Weaving, is one of five screen projects that could soon be filming in Canterbury thanks to $500,000 in public funding.

The city’s film unit, Screen CanterburyNZ, has granted $500,000 to four films and a television series that could film in Canterbury over the next two years if they win funding from other sources like the New Zealand Film Commission and NZ On Air.

The projects include a feature film by Christchurch director Jonathan Ogilvie inspired by his youth in 1970s Christchurch playing in post-punk bands, a science fiction film directed by Christchurch filmmaker Nic Gorman, and a documentary about young couple Bariz Shah and Saba Afrasyabi helping people in Afghanistan to honour those that died in the March 15 terror attack.

Funding was also granted for a television series and a short film made in a custom-built virtual production space that uses gaming software and large LED screens to simulate location shooting in a studio.

The money was granted from the new Screen CanterburyNZ Production Grant, which has $1.5 million in funding over three years from tourism and investment agency ChristchurchNZ.

The fund is designed to attract more film and television production to Canterbury and help build production skills in the region.