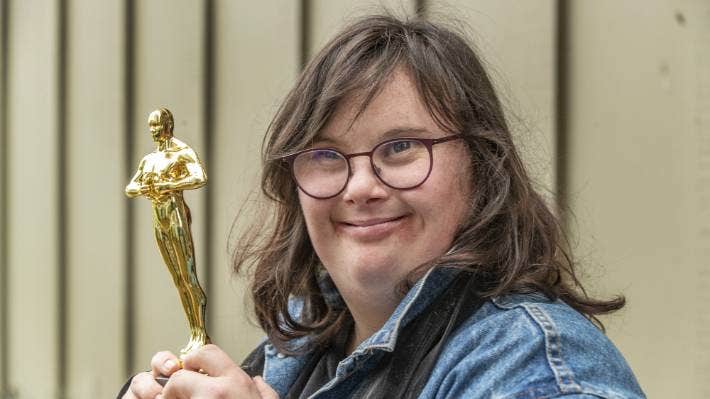 When Kiwi actor Amber Ranson couldn’t get to New York for the premiere of her short movie at the prestigious Tribeca Film Festival, her drama school friends put on a red carpet event for her in Christchurch.

Ranson, who has Down syndrome, starred in the short film Peninsula that was screened at the prestigious Tribeca Film Festival in New York this week. The film was made in Port Levy over three days on a small budget with a Christchurch cast and crew.

To coincide with the New York screening, Ranson’s friends at the Inclusive Performance Academy of Canterbury arranged a special event at Hohepa Hall in Christchurch.